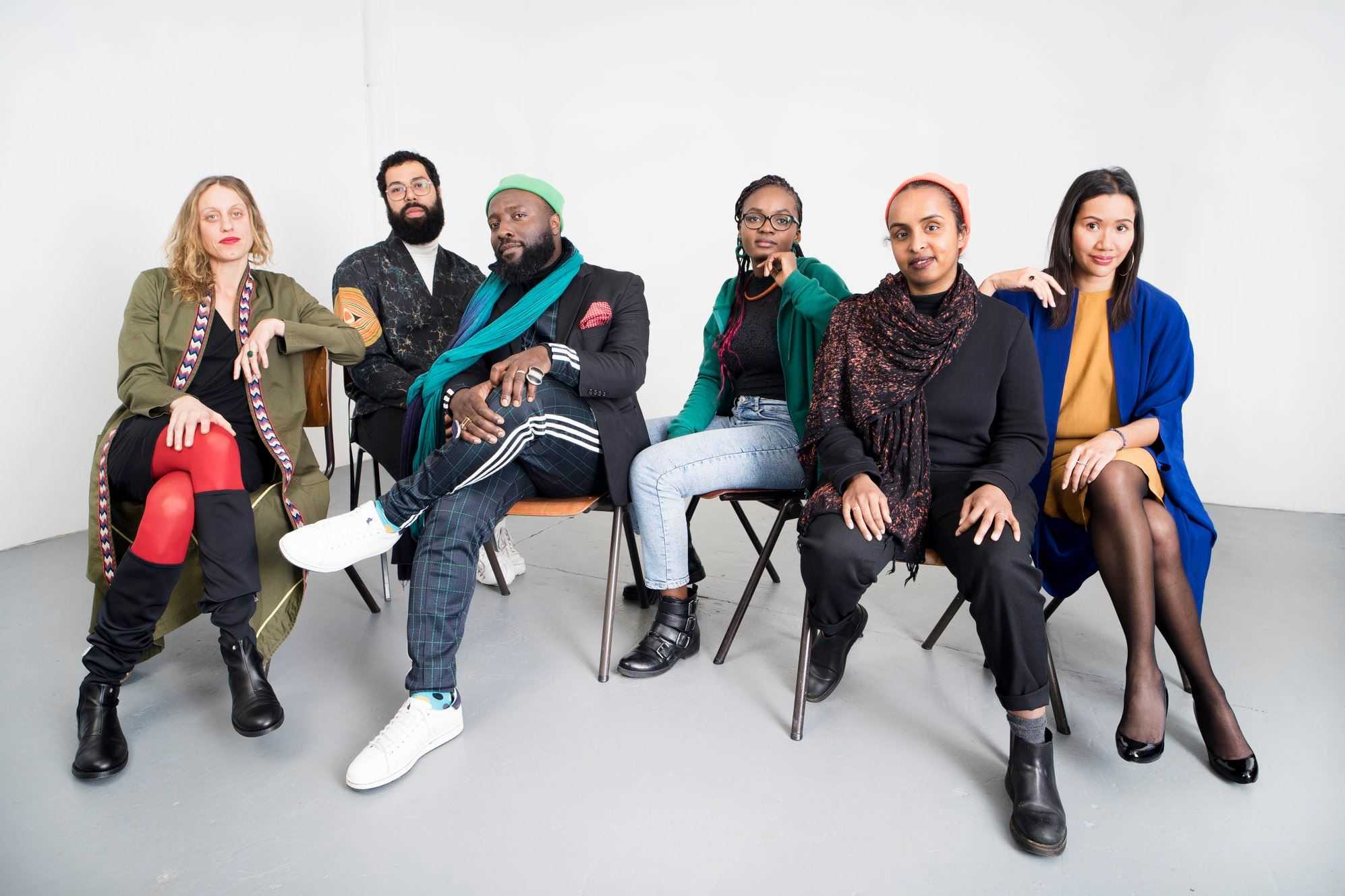 Since its first edition in 1949, sonsbeek, a path-breaking exhibition for art in the public space, has contributed to and redefined international contemporary art and the discourse surrounding it. The art exhibition, taking place in the public space and several institutions of Arnhem (The Netherlands) is one of the earliest large-scale art projects, following the Venice Biennale (1895), Whitney Biennial (1932), and preceeding documenta (1955).

The 12th edition of the sonsbeek quadrennial, which will run from June 5 to September 13, 2020 and onwards to 2024, takes place under the auspices of artistic director Bonaventure Soh Bejeng Ndikung and his team of co-curators Antonia Alampi, Amal Alhaag, Zippora Elders, Aude Christel Mbga, and Vincent van Velsen. Overseen by the new general directorSteven van Teeseling, the sonsbeek foundation will explore the elasticity of the large-scale temporary art event format and connected conditions of artistic labor.

In terms of exhibition making, sonsbeek aims to decelerate the traditional artistic practice surrounding large-scale art exhibitions, in order to achieve a long-term reciprocal relation between and dedication to artists, institutions, place and audiences. In an age of extreme acceleration and ephemeral interactions, shifting the format in which these sizable art events take place is all too relevant. Through the new sonsbeek format, Ndikung, together with his curatorial team and contributors, will delve deeper into working conditions that are geared towards not just one event—as is usually the case—but towards an ongoing engagement for five years.

In this new, more sustainable form, sonsbeek will abandon the usual rhythm of contemporary art production and exhibition, and instead stretch out in a continued public process until 2024, thereby consolidating and encapsulating two editions. This format will, first and foremost, create room for the invited artists and collaborators, but also for the curatorial and production teams to deepen their research, offering the possibility of engaging with the local scenes and communities in a more profound way. A prolonged, elastic, expanded notion of a time-based art project.

This means that sonsbeek20—24 will become a platform in which various activities like exhibitions, discursive programs, residencies, publishing, radio and more can emerge throughout its time-frame, by engaging audiences and contributors in a shared journey with the institutions, the city and its social texture. This process of ripening, development and fermentation, deepens the way in which artists can respond to the curatorial framework and the local context.

The curatorial concept for the upcoming edition of sonsbeek, titled Force Times Distance – On Labour and its Sonic Ecologies—much like its new structure—revolves around the issue of labour, its conditions and rights in relation to varying times and geo-cultural spaces. This project has its crux in the socioeconomic relationship between employers and employees. It will look into the ways history of labour and the working class reflects and is framed by issues like race, gender, class structure, geographical distance and politics.

These issues will be explored through their sonicity: the exhibition will act as a choreography of sonic movements. It will engage with an expanded and augmented musicality that invites and encourages different modes of listening, which want to make audible that which has always been present, but never heard/listened to—and render visible that which has somehow remained unseen. An exhibition that uncovers and recovers, restitutes and repairs the ever segregating conditions under which we live, between visible and invisible bodies, labour and lands. Gathering around the works by artists who work sculpturally, performatively and sonically, the project will also investigate the sculptural dimension of the laborious, sonic, as well as the politics of the sonorous—multi-medially and multidisciplinary.

The exhibition will take the form of a complex and historically laden parcours through an aircraft hangar, (former) estates, farm structures, bunkers and art spaces (Museum Arnhem, Kröller Müller Museum and private foundation Collectie de Groen), as well as the sonsbeek park. The labour of the countless people that have been engaged in the building and maintaining of these structures, who sweated in the tilling of the soils and the cultivation of the lands; the cooks, cleaners, care-takers, gardeners, concierges, builders, factory workers, soldiers, nurses, and many more.

sonsbeek20—24 is conceived by artistic director Bonaventure Soh Bejeng Ndikung. Ndikung is acurator, author and biotechnologist. He is the founder and artistic director of SAVVY Contemporary Berlin. He was curator-at-large for documenta 14 in Athens and Kassel and guest curator of the 2018 Dak’Art Biennale in Senegal, together with the Miracle Workers Collective, he curated the Finland Pavilion at the Venice Biennale in 2019. He is currently the artistic director of the 12th Bamako Encounters - African Biennale of Photography 2019.

Antonia Alampi is a curator, art-historian and writer based in Berlin where she is Artistic Co-Director of SAVVY Contemporary (2016-). In addition to curating independently, she was curator of Beirut in Cairo (2012-2015), and of Extra-City Kunsthal in Antwerp (2017-2019). She is the co-founder of the curatorial and research platform Future Climates, and more recently of Toxic Commons.

Zippora Elders is based between The Netherlands and Berlin. She is the Artistic Director of Kunstfort bij Vijfhuizen, Island for Art and Heritage in The Netherlands (2016-). Previously she was a curator at Foam (2014-16) and a curator-in-training at Stedelijk Museum Amsterdam (2013-14). Her background is in art history and theory, heritage and museology, and curatorial studies. She is an external curator at Art Rotterdam, Buitenplaats Doornburgh and Fondation Constant and holds several advisory positions.

Aude Christel Mbga is an independent curator based between Cameroon and the Netherlands. She was a participant of the De Appel 2018/19 curatorial Programme . In 2017, Aude worked as an assistant curator next to Cécile Bourne-Farrell for the SUD2017, an international triennial of art in the public space, organized by doual'art, a center for contemporary art, for the city of Douala. She is a member of the Madrassa Collective.

Vincent van Velsen is an Amsterdam-based writer and curator with a background in business administration, art and architectural history. He holds the position of contributing editor at Dutch contemporary art magazine Metropolis M. Van Velsen is a resident at the Van Eyck Academy and guest resident at the Rijksakademie. He is part of the Amsterdam Municipal Curatorial Advisory Group (Stadscuratorium) and a member of the board at De Appel.

The new model of sonsbeek20—24 will be overseen by Steven van Teeseling, the newly appointed general director.

sonsbeek20—24 will commence on June 5, 2020 and run for four years after that. During this period, the working format will result in a large-scale ongoing exhibition, complete with a public and educational program, a newly launched sonsbeek archive, and an ongoing series of publications, comics and a radio station.

For further information on sonsbeek and subscription to the newsletter, see sonsbeek.org.