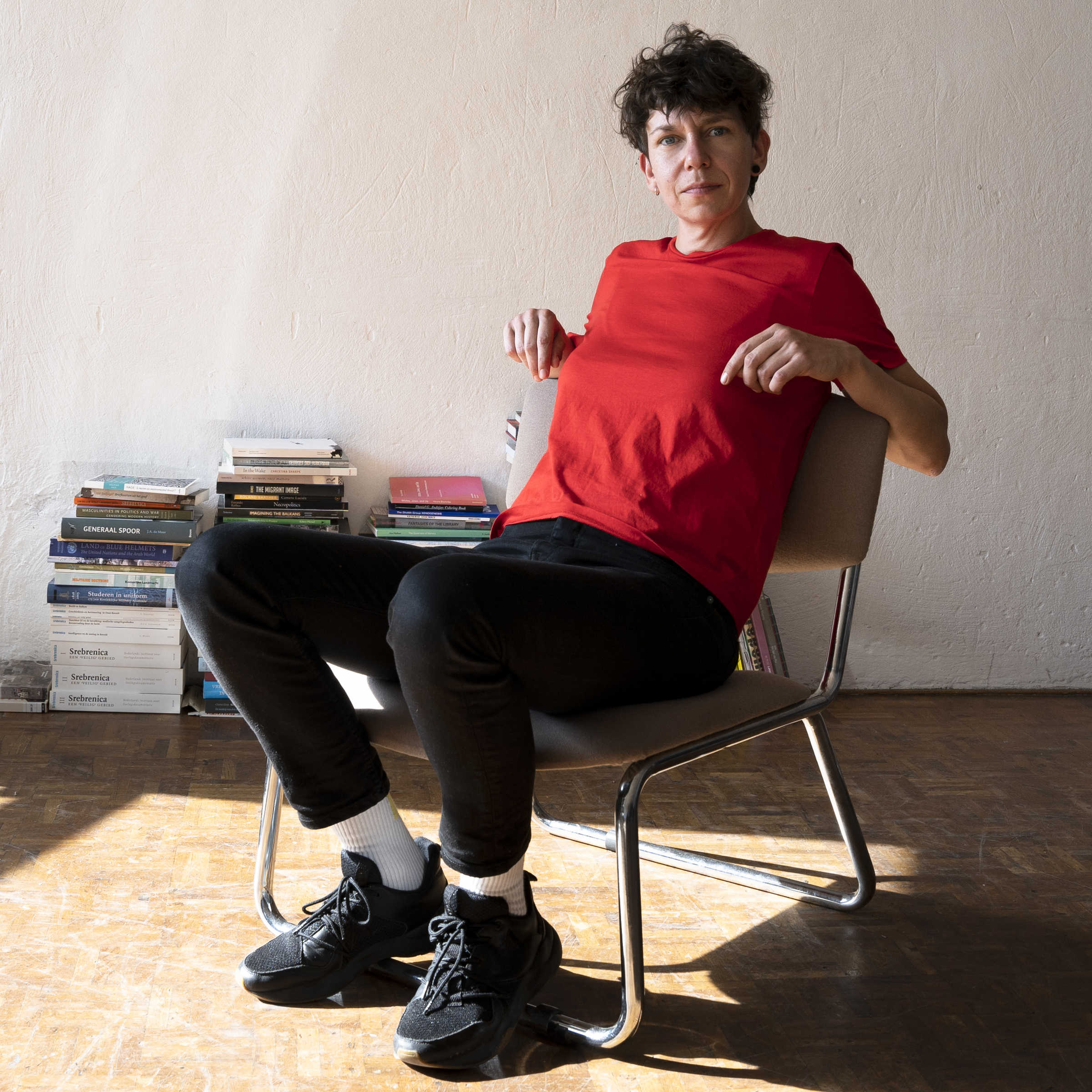 Anna Dasović’s artistic practice is focused on the rhetorical structures that make genocidal violence visible, and those deployed to obscure the politically inconvenient aspects of such conflicts. What are representations of violence intended to communicate despite their original intentions? What ideological narratives do such representations participate in on a structural level? The production and use of (visual) documents are examined in their quest for truth finding or the social and/or political perceptions they seek to form, while simultaneously exposing their legislative and archival inability to cope with trauma caused by violence. Here, the archive serves both as a physical place for these documents and a metaphor of collective humiliation and remorse.

Dasović studied photography, and although her installations and videos retain an element of formal precision, she now works in a broadly interdisciplinary manner. Her methodology involves archival research, fieldwork, interviews, and bibliographic research in the relevant bodies of literature.

She works without any fixed medium, rather most of her works finally materialize out of a long term engagement with existing materials that emerge as a constellation of installations, video montages, photography, sound or text-based works and lectures.

Her work has been exhibited in several venues including the Van Abbemuseum in Eindhoven, Württembergischer Kunstverein Stuttgart, Bergen Assembly, Kunstverein Braunschweig, Stedelijk Museum Bureau Amsterdam (SMBA), Museum of Yugoslav History in Belgrade and the Dutch Photomuseum in Rotterdam. She has previously been artist in residence at Kunstlerhaus Büchsenhausen, Rijksakademie van Beeldende Kunsten, MAMA Algiers, Celeia centre for contemporary art Celje Slovenia, Casa Tres Patios in Medellín and Residencia en La Tierra in Montenegro Colombia. She is a member of Collection Collective, Template for a Future Model of Representation which explores the present-day crisis of collection-based institutions of contemporary art and identifies potential in a model of (art) collection that is simultaneously assembled, owned and run by artists and other cultural producers.