Listen to an interview, published March 20, 2019 with Anna Bitkina (DAI, 2018) by Brainard Carey for Praxis Center for Aesthetic Studies (Yale). 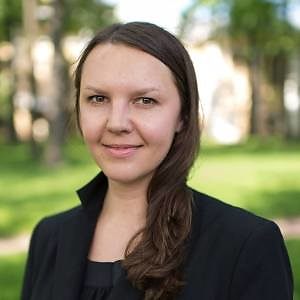 “If you ever get close to a human
And human behavior
Be ready, be ready to get confused
There’s definitely, definitely, definitely no logic
To human behavior
But yet so, yet so irresistible
And there’s no map” -Bjork
The unpredictability of human behavior delights and frustrates. One moment we may revel in the camaraderie of our fellow species only to recoil the next as they set their hackles against one another. We forget our history all to quickly, separate ourselves from the realm of nature where survival depends on primitive instinct. Rather, we dress ourselves up in neckties and petticoats, carefully hold utensils and pretend to exist outside the animal kingdom.
Anna Bitkina lives in the Netherlands and St. Petersburg. Of late she is interested in the politics of food and biotechnology. Ten years ago she founded, along with colleagues, a curatorial project called TOK. This project particularly examines propaganda and what happened to some social and political structures following the collapse of the Soviet Union.
In partnership with University of Minnesota, she is participating in a project examining media from a curatorial point of view. She found, after asking around within the community, that the recent midterm elections were of particular interest.
To hear more from Anna Bitkina, including her philosophy of always adapting work to the local environment, listen to the complete interview.