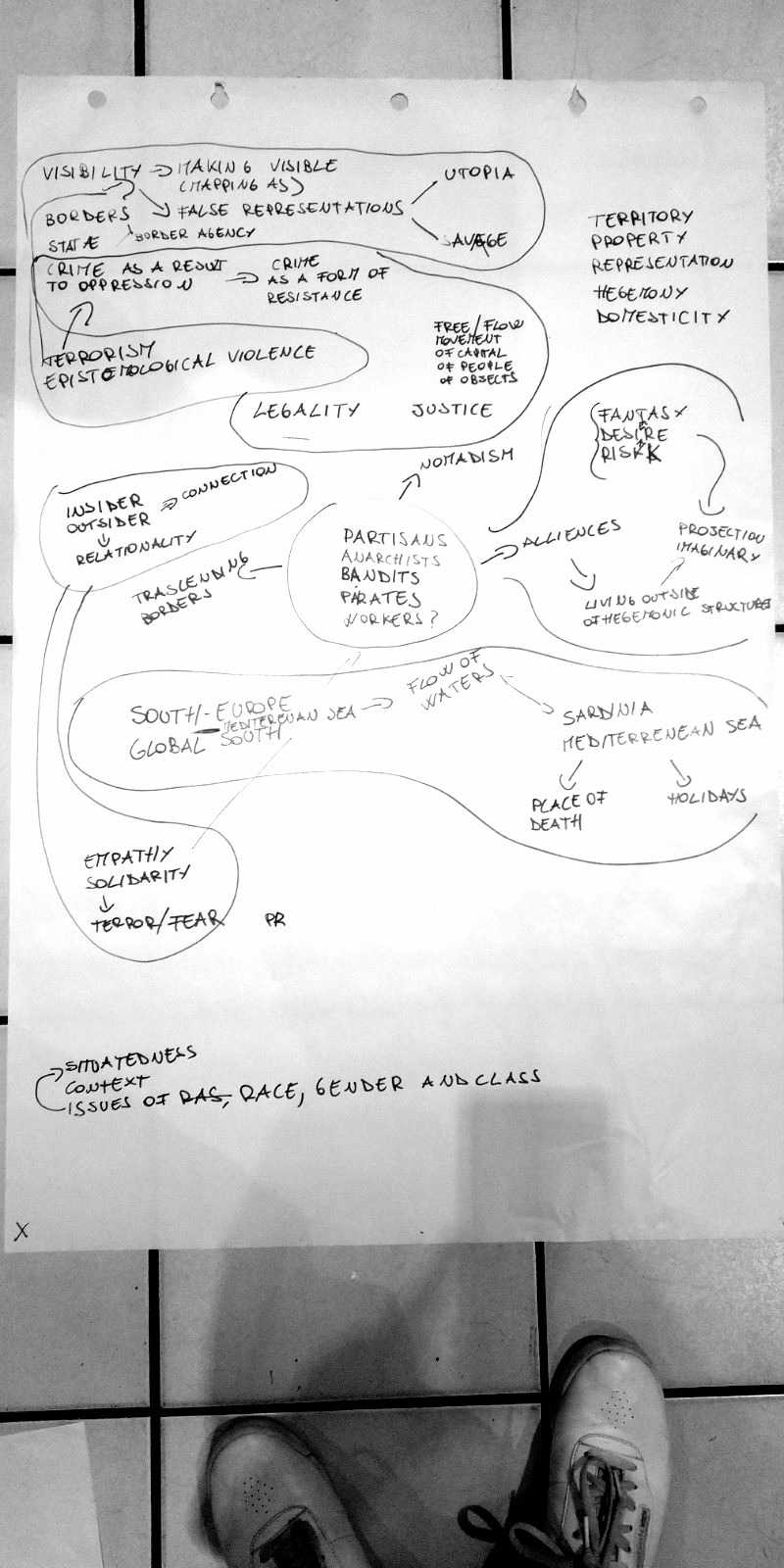 We engaged with concepts of othering and practices of solidarity. Starting with the figure of “The Other” we were trying to identify mechanisms of exclusion from discourse, in which signifiers such as race, gender, sexual identity etc. become relevant. Following up the discourse from renaissance, we divided the outward projections of the Modern Apparatus in two categories, the Utopian and the Savage. It became clear that othering as a mechanism is central to the fortification of Western culture as only valuable frame of reference therefore being a key apparatus in the establishment of colonialism and normative bourgeois society, leading to the globalised patriarchal capitalism of the present.

The second day we focused on the students individual approaches to the topic of the Factory. Stories, Images, Games and Research has been shared and documented on spreads, which later helped for a classification of interests. In relation to both, Sardinia as one of our roaming destinies for 2018 – 19 and the so called Global South, we spend the second day reading through Antonio Gramsci’s “Some aspects of the Southern Question”. In a last round we summed up all discussions, trying to derivate only a handful of lines of thoughts, that were then discussed individually in group work and presented to each other in the end. 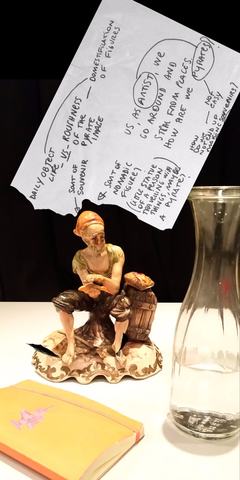 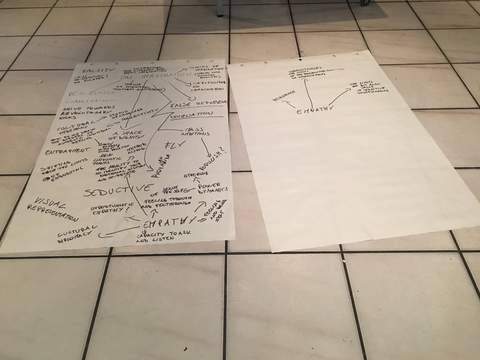 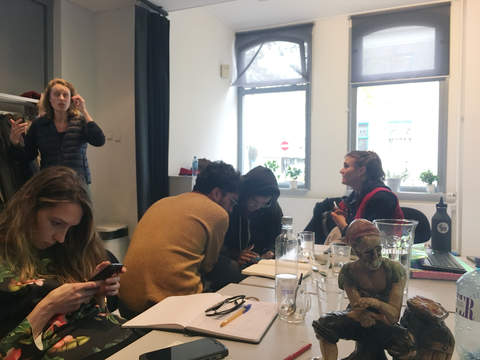 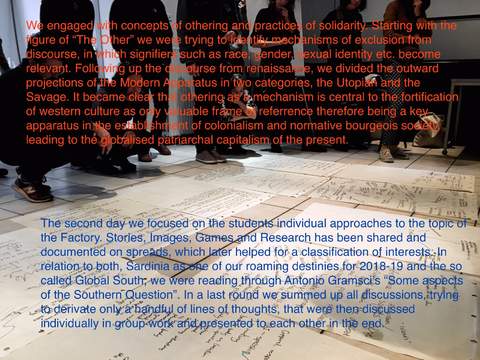