The beginning of this years COOP The immemorial Body started with bodily acts: Tutor and Performance Artist Geo Wyeth introduced himself with a performance, followed by a communal reading of “William Pope.L ’s “Hole Theory”. On the second day, he lead the group through a series of voice, breathing, performance and acting exercises - after that the group left the classroom for listening exercises. One of the exercises was focussed on description. After seeing a video by Divine David and a fragment from a film with Carmelo Bene, Geo challenged the group not to interpret the footage, but to just describe elements we noticed in the films – paying attention to color, structure, sound and shapes. Another exercise focussed on attentive listening, as we went outside to 'find' a sound, memorise this sound and then later produce this sound in class by using our own voice and mouth. 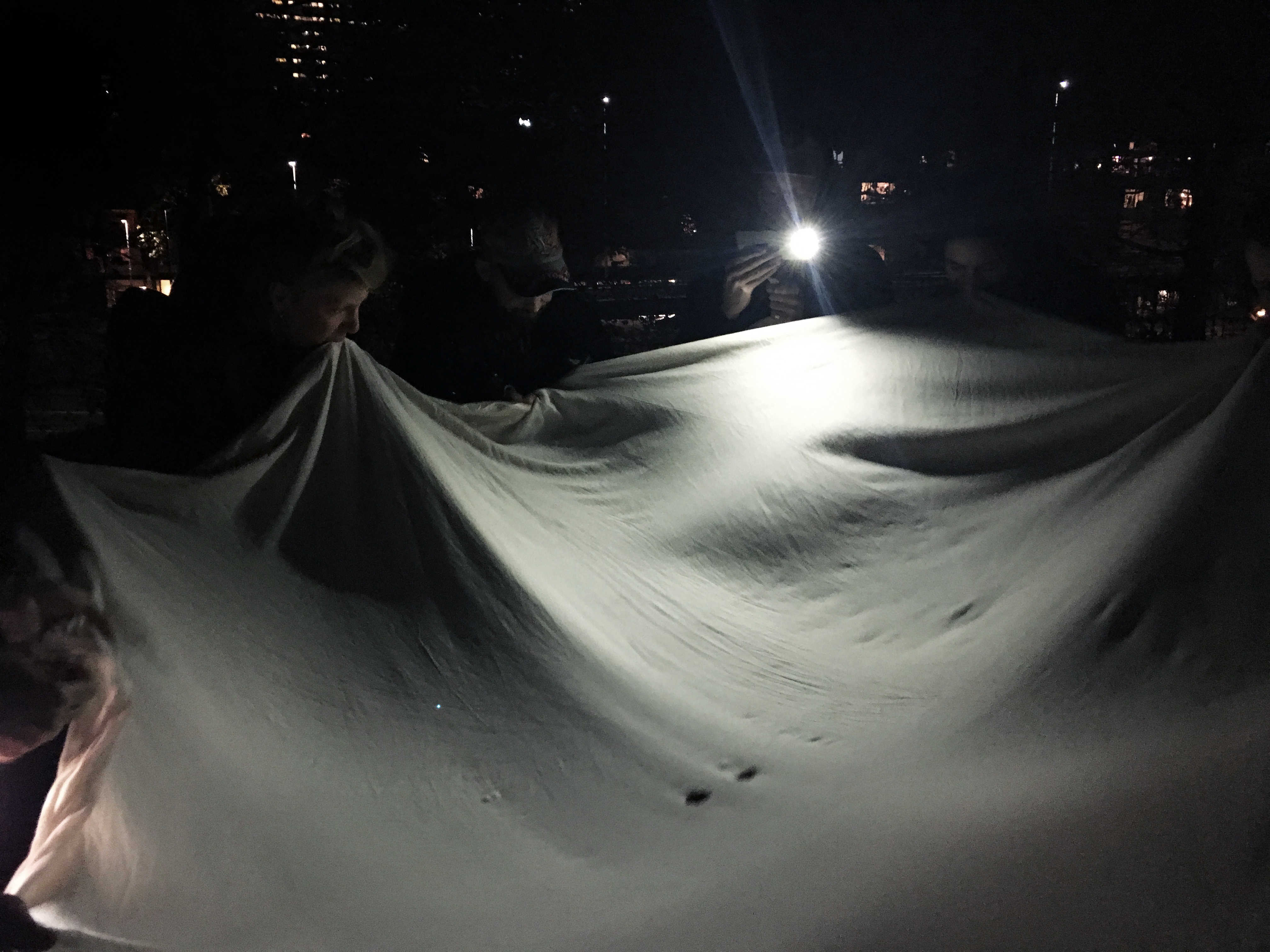 As a first score of this COOP’s performance, inspired by the discussions around Hole Theory,  a piece of fabric has been cut, burnt, augmented- until it showed a variation of different holes. 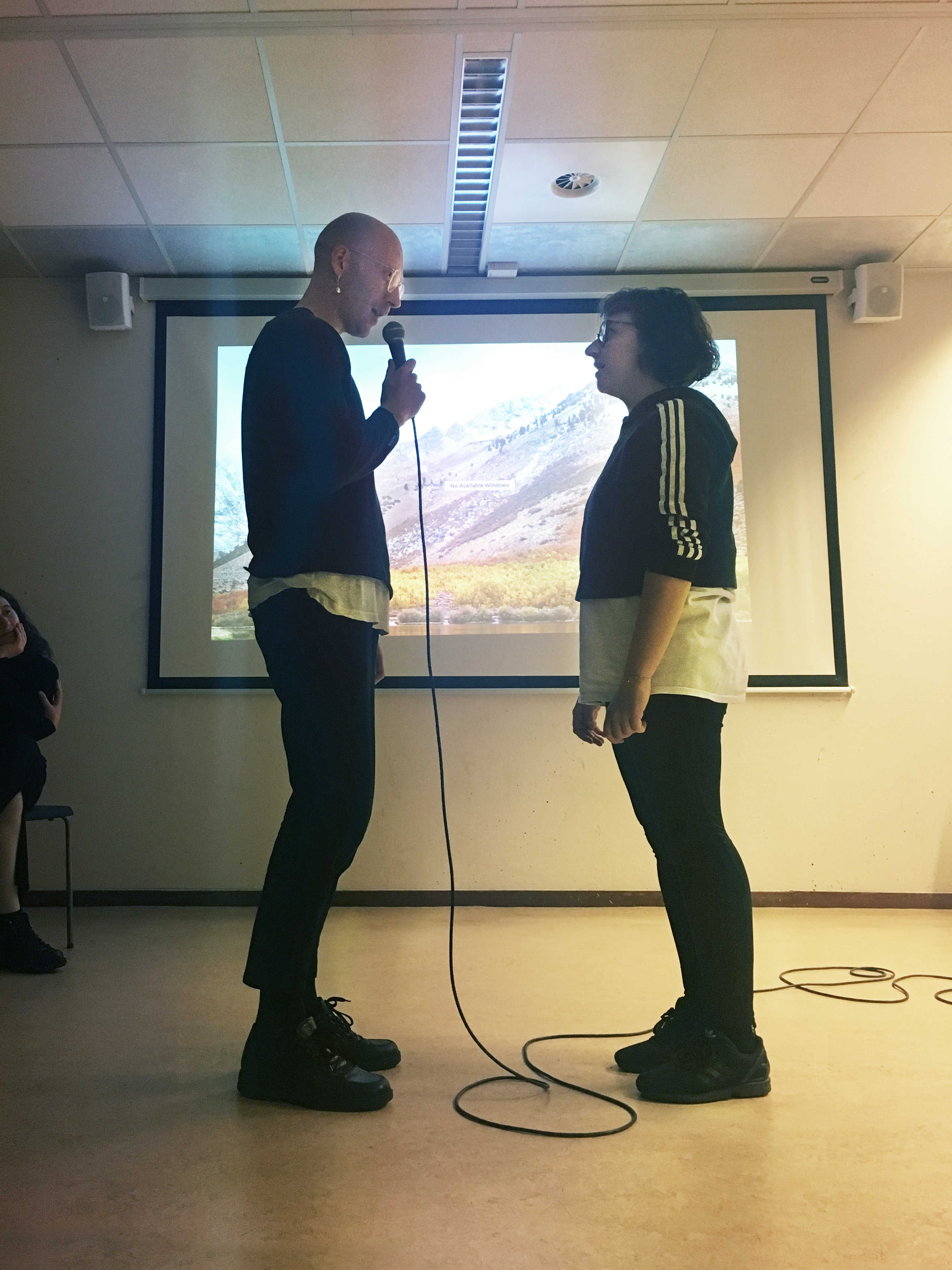 The next day was dedicated to individual student performances and introduction of work, whilst presentation and content were discussed in the group, as well as on the walk to lunch and dinner.

In the evening Arnisa Zeqo joined the class and after the summary of the previous, the in every way multifarious day ended with some practical exercises in stage and voice dominance. 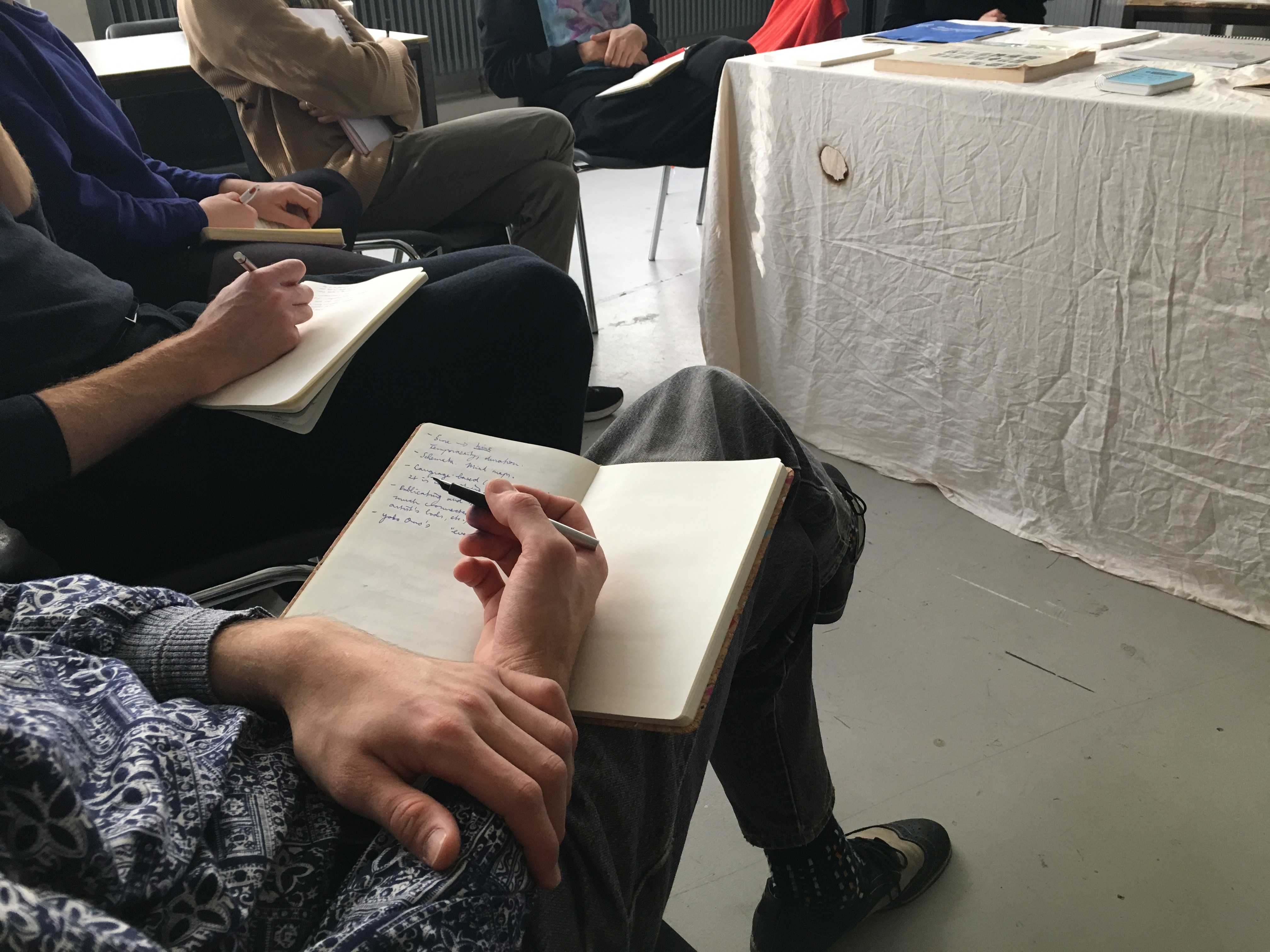 On the last day Arnisa introduced the Students to a variety of scores mostly from the 60s and 70s. Arnisa brought her own favorite scores, for example by Lee Lozano and some by Pauline Oliveros, who coined the term "deep listening".

Each student picked a score and presented their individual analysis of the score to and shared with, the group.

For the next DAI week, all students will each have a score prepared, thematically inspired on the first DAI week.