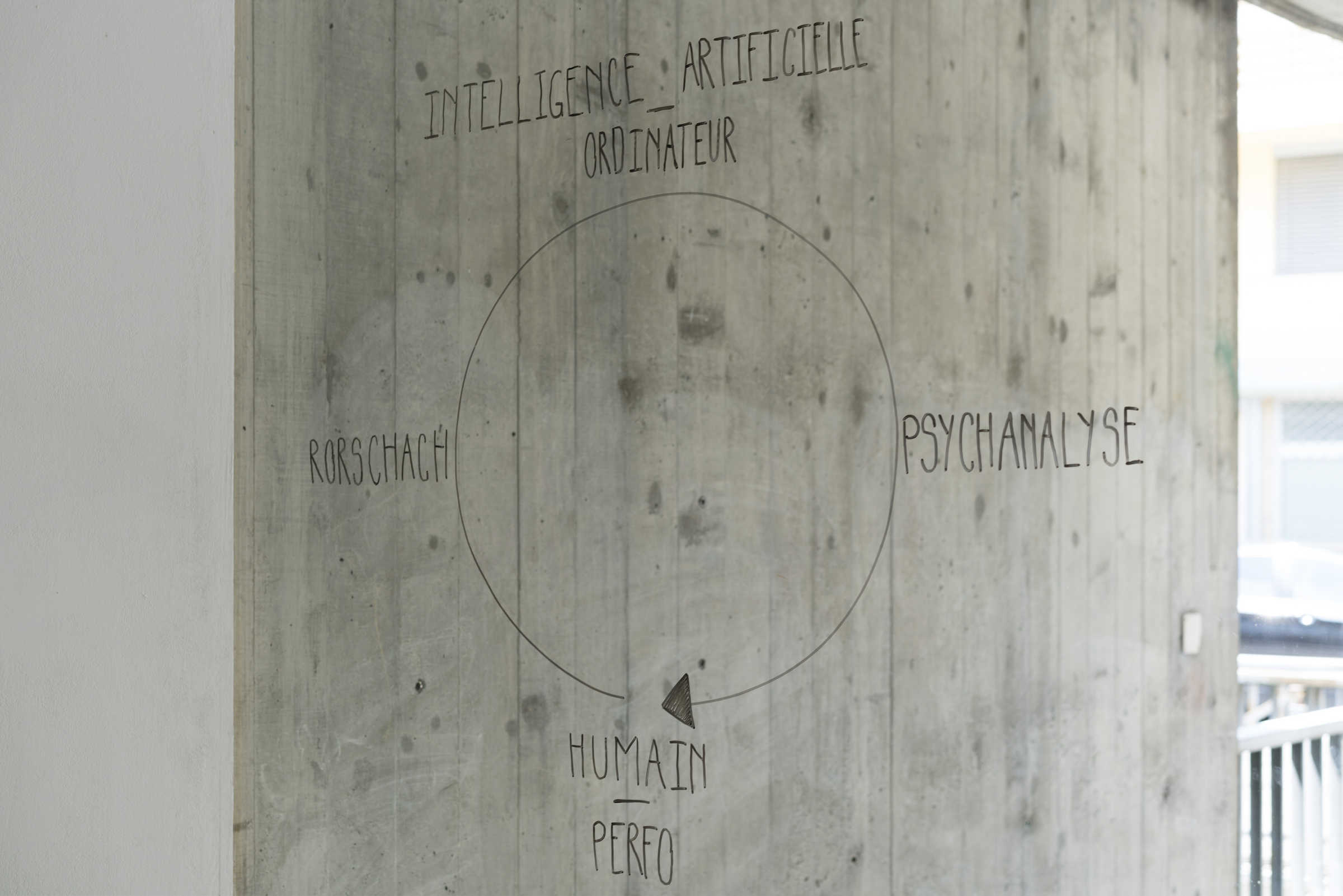 Emma de Filippo’s work revolves around ideas of familiarity and artificiality. In her video piece Tests, the image of a very realistic three-dimensional representation of a human hand being cut into pieces inevitably induces a certain feeling of discomfort in the viewer. In order to effectively produce such uneasiness, Emma relies on the concept of Uncanny Valley (something that resembles human, therefore familiar, but is slightly different). This notion, not far removed from that of animism, is at the heart of her kinetic pieces and further exploration of artificial intelligence as human replacement and research tool. This is an area of enquiry that began being researched by Emma during her Bachelor of Arts at HEAD (Geneva) and is now extending into new confines at DAI. One of such promising new directions points to the question of a post-capitalist society that is defined by the effective replacement of human employment, in which artificial intelligence performs a gradually increasing proportion of jobs – resulting in the continual acceleration of further economic crisis.