Hasan Özgür Top: The Fall of a Hero 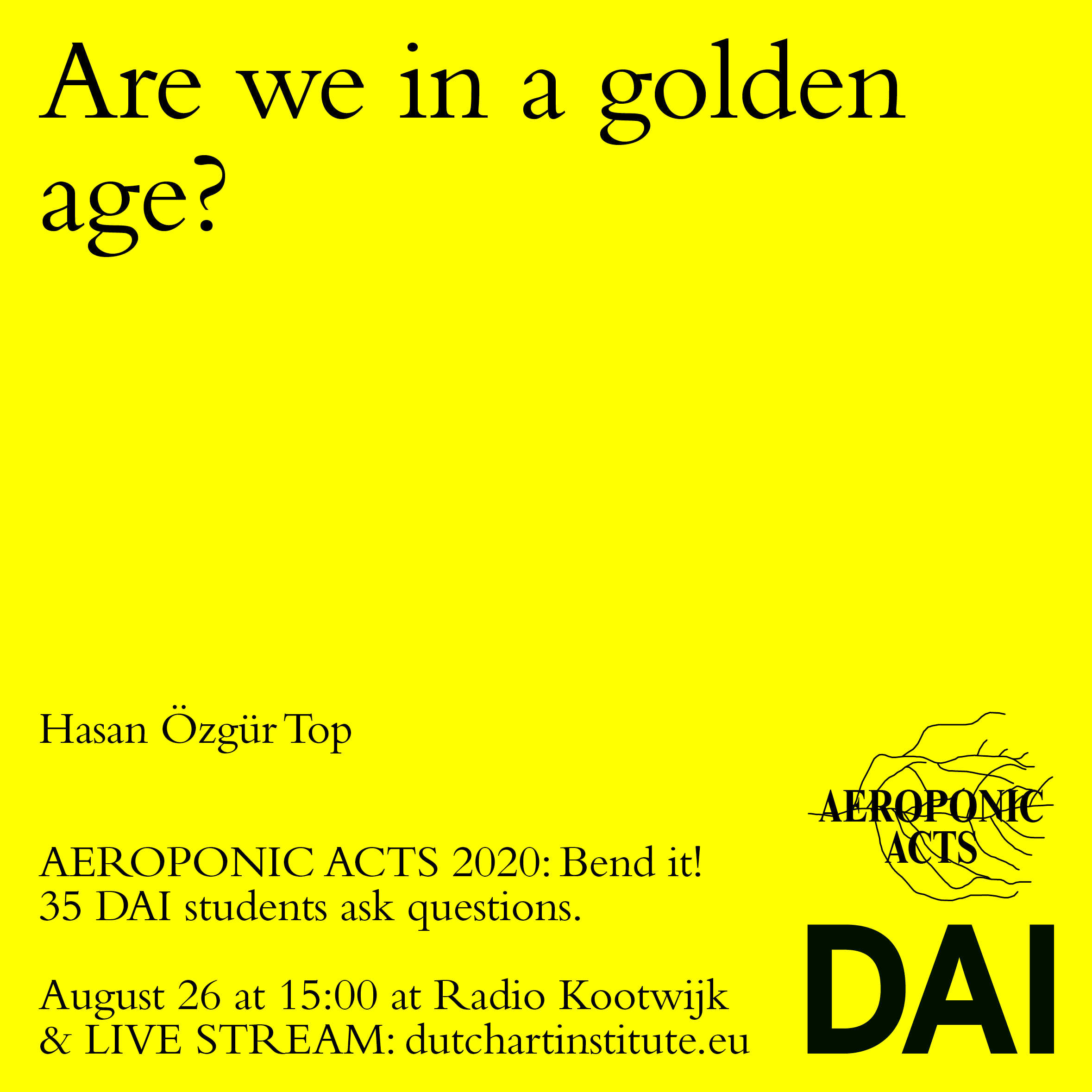 Here you will find the documentation of Hasan Özgür Top's presentation as filmed by Baha Görkem Yalım. The written report is by Bethany Crawford and it includes a summary of the comments by esteemed guest respondents.

The Fall of a Hero

Hasan's question: Are we in a golden age?

Hasan's introduction:Fall of a Hero offers the viewer a closer look at the mythological aspects of propaganda materials that are released by the Islamic State alongside those of modern and contemporary elected governments worldwide. The second part of this single channel video series traces the routes of these narratives and political theologies from ancient mythologies and the Classical Era up to the present day.

Bethany's report: Özgür Top’s moving-image work begins with a conversation in which the filmmaker talks to someone off screen about media distributed by ISIS. The focus becomes the pervasive use of the ‘Trajan’ font in ISIS propaganda – also used in Hollywood productions and political campaigns – whose genealogy is traced from text that appeared on Roman columns, associated with the Roman emperor Trajan. The film then maps the conditions that structure ideologies based on violent masculinity, protagonism, heroism and the fetishization of empire, evidenced in the cult of Trump, Italian mafia organizations and ISIS. The work illustrates the successful branding of these ideologies that sell a transcendental transition, or rebirth, towards a higher pursuit: the conquering hero.

The fascinating work had a prismatic quality, said Flavia Dzodan, around the topic as well as identities of belonging to ideologies with a common exploration of a patriarchal and violent masculinity – which without being made explicit is what the film is about – exemplified in fascism, Italian mafia, ISIS, etc. From the marketing perspective, the film interestingly addressed not just brands in a corporate sense, but the ideologies’ branding identity through the use of the same design and font. She was impressed with how the artist showed these different identities designed to illicit certain emotions. She also noted that the film thread different facets of violent masculinity to highlight how ISIS is not a unique manifestation of violence in the Middle East, as this violence has been naturalized in other forms in the West. The moments where the artist spoke in the setting resembling an interrogation room added another layer, she said, referencing both ISIS and Top’s origins in Turkey, which is also under a particular regime, which interested her visually, as if the artist had to explain himself.

Adam Szymczyk wondered if there was something inherently evil about this Trajan Roman font, finding the video interesting in its persuasiveness, so that one really got into the narration and made connections quickly given the super convincing argumentation along with the tracing of genealogies. The setting, shot from above, looked like a prison or interrogation room that referenced killing detainees. The ending, with the interrogator asking for a short break and turning off the camera, worked very well to Szymczyk as a palate of jumps. Having seen the Roman column replica in the film at a museum in Bucharest, with its murderous depictions of conquering, he also wondered about the tendency of columns and obelisks to travel and become transportable trophies in a similar way to how the font, which reminded him of early Joy Division covers, travels. How might these things be recontextualized through transportability? It would be interesting, he said, to think through these ways of communicating that the artist shows so clearly through highlighting the shared visual languages among ideologies, asking how we might appropriate these tools and meddle with these methodologies.

Amal Alhaag tapped into how the film is an interesting investigation of the aesthetics of the YouTube conspiracy land or storytelling, and how they are narrated manipulated and performed. The artist’s use of dry humour and dropping fake news, presenting oneself as the expert simply for having done the research, also interested her. She used to joke about ISIS designers having gone to the Rietveld because of the similar trendy designs in Netherlands at the time; how this actually shows that ISIS members grew up in the West or consumed a lot of Western media and Hollywood aesthetics, manifest as a digital language clapback: the Muslim aesthetic world that goes via WhatsApp, memes etc., with the same topography but lots of Photoshopping, like ‘allah’ written in flames. The aesthetics depicted in the film are influenced by the Ottomans and empires, which reflects the power of nostalgia within the visual material, she said, and questions how it was compiled and delved into. It recalled for her TV shows that narrate the life of the prophet Mohamed – a different colonial language, the collective performance of Arab colonial language and the Arab colonial imaginary world as a world where patriarchy deems those that are seen as rubbish in the West as heroes, and how these components were all meshed.

Hasan Özgür Top's The Fall of a Hero was presented at Radio Kootwijk.