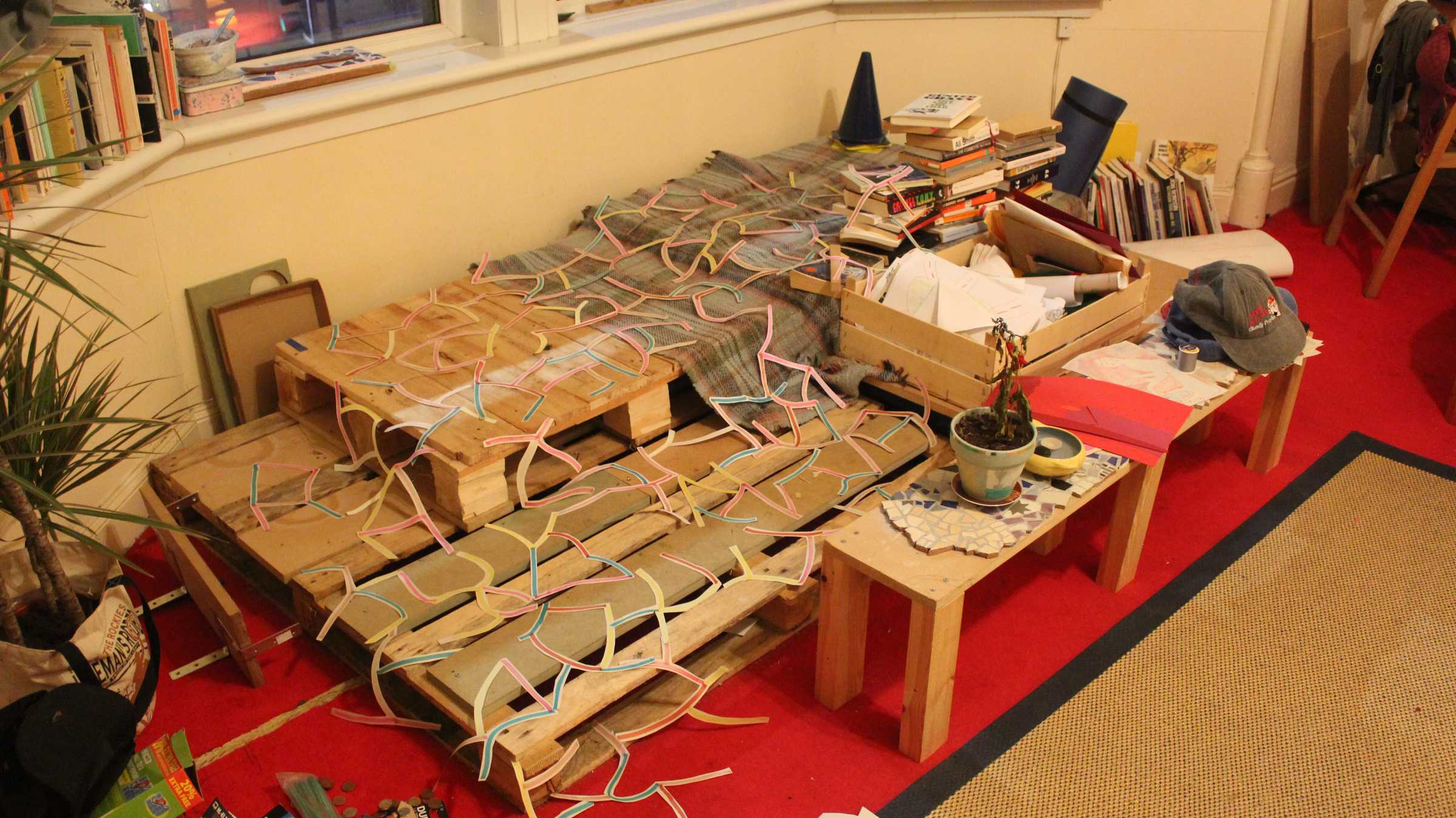 Francesca’s work is focused primarily on performance and writing, and often involves collaborating with others. For example, Bonzo’s Blacklist, the stage of which was built in her own living room, gathered people with similar practices and through dialogue created the opportunity for community while also serving as a way for her to reflect and better understand her practice. This is a gesture that recurs in her activity in the artists’ collective Gel, as well as in her writing-based projects (The Daily DpBost, You Must Go World Heritage Sites, Rock Facts). Instead of regarding these works as art criticism as art, she rather sees her writing as a way to act in the real world, and a means to elicit “accidental, practical methods of performing”, as opposed to “criticism removed from action”. Whereas her ethical approach to art practice is influenced by the Scottish art scene where it has grown, Francesca wishes to find in DAI a conceptual context to performance – examining the difference between entertainment and enjoyment as a valid artistic experience could be a potential research area.