Giorgos Gripeos: Oh, do not ask, “What is it?” Let us go and make our visit. 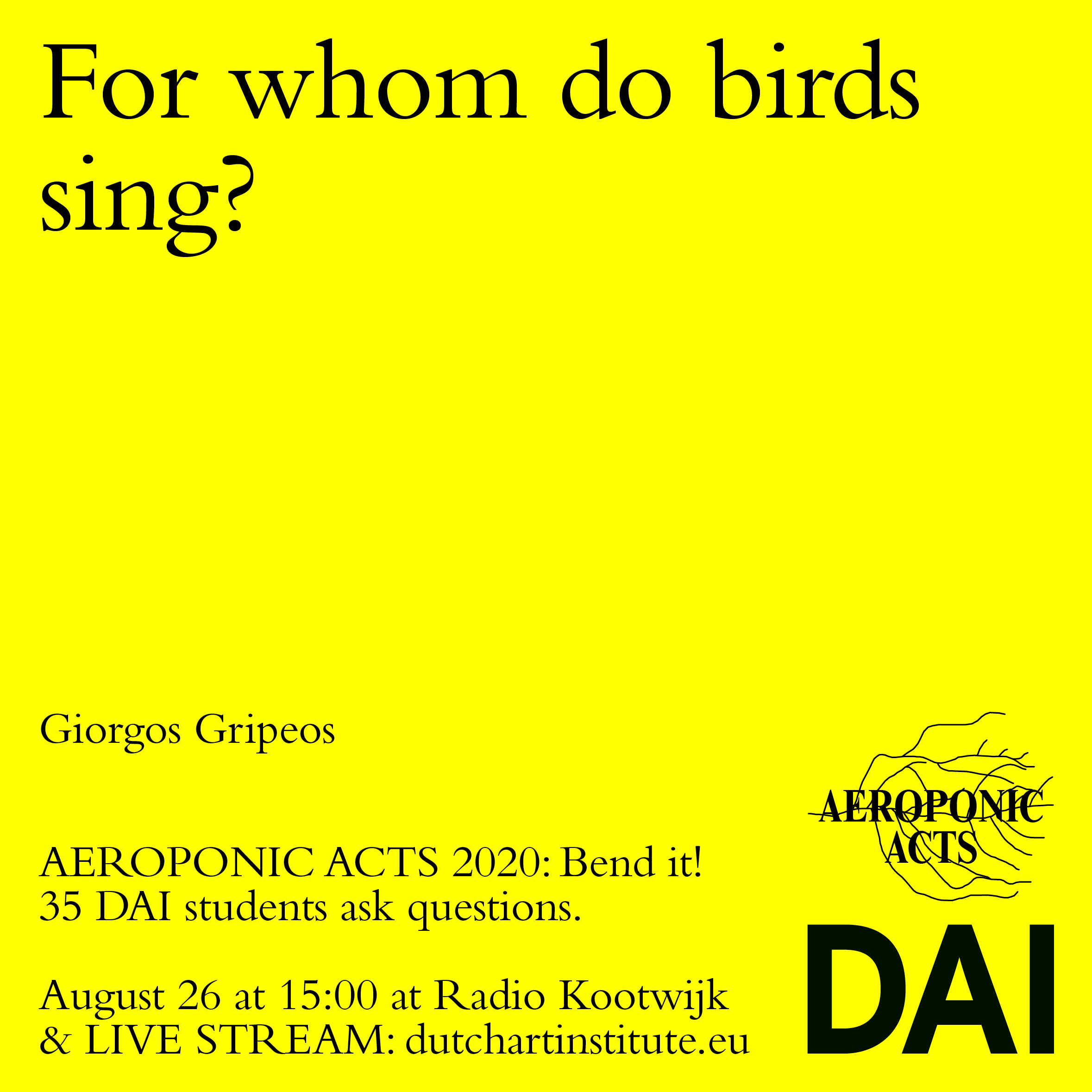 Here you will find the documentation of Giorgos Gripeos's presentation as filmed by Baha Görkem Yalım. The written report is by Bethany Crawford and it includes a summary of the comments by esteemed guest respondents.

Let us go and make our visit.

Giorgos's question: For whom do the birds sing?

Giorgos's introduction: An exploration through settings, identity, character and context, attempting to open up conversations about categorization and self representation.

Bethany's report: Introductory bars from a song on loop seem familiar but difficult to place, a musical stutter that enacts anticipation where glitches hint at the next part only to repeat. As the repetition is released and the song moves towards its climax, it becomes recognizable as Queen’s iconic ‘We Are the Champions’, while the artist comes on stage dressed as Freddy Mercury. He is thrown a microphone and a camera follows him, projecting the image of his performance live on the two screens behind as if in a stadium concert. Gripeos sings over the song, with some of the audience singing along and recording the performance on their phones. The track ends and the performer returns to sit in the audience.

Amal Alhaag said it was nice that someone made a short performance as a form of care as well. She wrote one simple thing: imitation is the greatest form of flattery, which was all she could share as there was not so much to unpack.

Flavia Dzodan had suspected the sound piece was the beginning of a Queen song and found it had a sense of humour, which is necessary and should be celebrated. She said not everyone needed to unpack layers of cultural studies and that sometimes work could be fun. She didn’t want to add too much interpretation to the performance, saying if we are not allowed to laugh sometimes then what are we doing?

Ana Teixeira Pinto found it an interesting choice in songs that reference the previous day’s questions of coding and recoding with lyrics about overcoming and shaming and social obstacles, in the context of sexuality in the 1970s, and how it takes on a completely new meaning in the contemporary. She mentioned the masculinity of Flash Gordon in that era when the camp queer dimension got appropriated. The artist joined her on the panel, agreeing on the appropriation and decontextualization, noting that it’s an aggressive song, before the panel was shut down for breaking the rules.

Giorgos Gripeos's Oh, do not ask, “What is it?” Let us go and make our visit. was presented at Radio Kootwijk.