Taking place throughout the entire old building of the Van Abbemuseum, "Trade Markings" ( the first large-scale presentation in Europe of art and research foundation Frontier Imaginaries) playfully proposes the “museum as museum” with an exhibition examining the aesthetic consequences of global trade. Curators Vivian Ziherl i.c.w. Charles Esche and Annie Fletcher. TILL THE FIRST OF JULY. 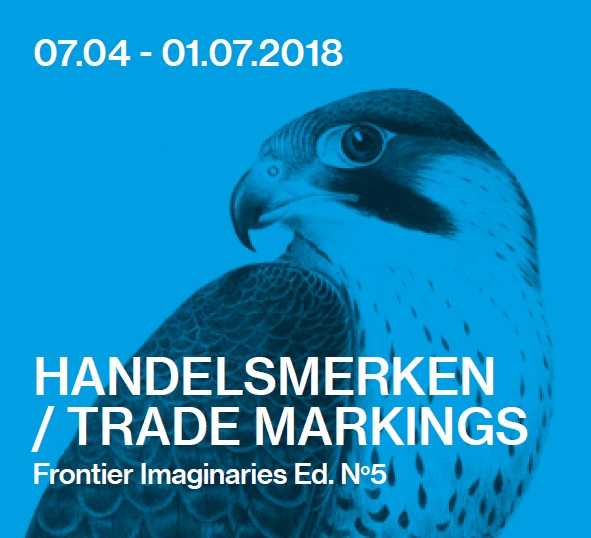 The exhibition title Trade Markings was suggested by research advisor Denise Ferreira da Silva in response to three icons of local commerce—the falcon (1500s–1800s), the cigar (1800s–1900s), and the computer chip, or "wafer" (1900s–2000s). Throughout feudal Europe the trained hunting falcon was a highly prized item. In fact a practice learned from the Middle East, European falconry had the centre of its trade in Valkenswaard, south-east of Eindhoven. By the mid 1800s European falconry was no longer lucrative, and the Valkenswaard barons re-invested in local cigar factories. The Van Abbemuseum itself was established by the cigar manufacturer Henri Van Abbe, whose supply-chains included tobacco leaves from colonial Dutch Sumatra.

In the present day, Eindhoven is part of the "brainport," an economic hot-spot focused upon high-tech industry. Its supply chains reach to the mine-sites of rare earth metals, and its direct labour force are globally-mobile engineers who produce patents as much—if not more—than material product.

Whereas the falconry trade was connected to feudal power, and the factory-manufactured cigar was connected to the nation-state; the political and social forms that correspond to the world of the computer are yet to be seen. It is at this juncture that Trade Markings asks how art and aesthetics can help to grasp such transformations. Through relays across time and geography, the exhibition traces 600 years of trade-markings and free-trade; the opacity of property and the transparency of exchange.

Highlights in the exhibition include a new commission by the Karrabing Film Collective in partnership with the IMA (Brisbane) and PUBLICS (Helsinki); a presentation of The Eindhoven Satellite Reef - part of the worldwide Crochet Coral Reef Project by Margaret and Christine Wertheim and the Institute For Figuring; and the first presentation of Gordon Hookey’s epic painting cycle Murriland! (2016–ongoing) with its starting point and inspiration, Tshibumba Kanda Matulu’s History of Zaire (1973–74).

The exhibition will also feature commissions and existing works by a dynamic group of Dutch contemporary artists including Marcel van den Berg, Patricia Kaersenhout, Farida Sedoc, Erwin Thomasse and Wendelien van Oldenborgh. Each of these artists in their own way address the Netherlands at its limits, as an always extra-European phenomenon.

Trade Markings is the culmination of an exhibition cycle by Frontier Imaginaries with earlier editions with the  Institute of Modern Art, the QUT Art Museum and Australian Cinémathèque in Brisbane, Al Ma’mal Foundation and 3rd Qalandiya International in Jerusalem, and e-flux and Columbia University in New York City. Trade Markings will be the last opportunity to see these works together, and Frontier Imaginaries in its current form.